Let’s get serious about salmon before Election Day 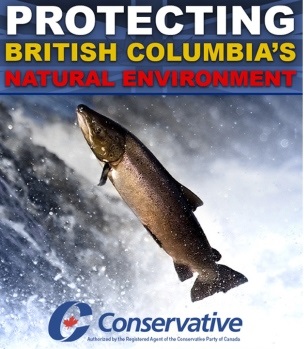 When a post to Stephen Harper’s Facebook page featuring an Atlantic salmon announced the Conservatives are “Protecting British Columbia’s Natural Environment” it was a textbook example of Canada’s reckless management of wild salmon.

Atlantic salmon are the fish of choice of the controversial foreign-owned industrial salmon farming industry in BC. People around the world are trying to fight off this industry to protect their wild fisheries. Industrial salmon farms are feedlots. Feedlots breed highly virulent disease and this kind of food production is only safe when it exists in quarantine from the natural environment.

However, BC’s salmon farms exist in the middle of BC’s open waters and release up to 65 billion infectious viral particles per hour into Canada’s most productive wild salmon habitat. Our juvenile salmon migrations are now like walking your child through the infectious disease ward of a hospital on her way to school.

Earlier this year, I won a lawsuit in Federal Court that stopped salmon farmers from transferring diseased fish into open-net pens on BC’s wild salmon migration routes. The Harper government joined the biggest salmon farmer in the world (based in Norway) to appeal this decision so that young diseased farmed salmon can be transferred from hatcheries into BC waters. This is hardly a move to protect BC’s natural environment.

So what do we want our government to do about this?

So all you Liberal, Green and NDP candidates out there, let’s hear from you! Place your priority on British Columbians; not the foreign-owned salmon farming industry. Create real, sustainable jobs, while offering future generations the food security and gift of wild salmon.

Losing wild salmon will be like pulling the hydro line out of your house. Our home province will go dim.

Let’s step into the future. Anyone game?